Reach out for a quote on a custom design or personalized gift!
Home | Lifestyle | Community Outreach | 12 Weeks of Giving | Letters to Santa Benefit Make-a-Wish Foundation
This post may contain affiliate links. Read my full disclosure and privacy policy here.

For Week 9 of 12 Weeks of Giving the kids wrote letters to Santa and we dropped them off at Macy’s to help benefit the Make-a-Wish Foundation.  For every letter that is dropped in Santa’s mailbox located in Macy’s stores Macy’s will donate $1 to Make-a-Wish up to $1 million.  December 10th is the National Believe Day where Macy’s will donate an additional $1 per letter above and beyond the original $1 million agreed upon. 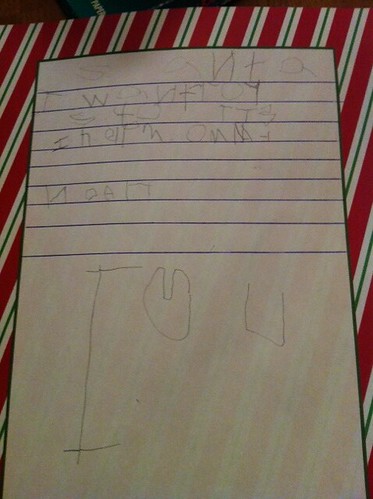 The cutest thing about his letter besides the fact it’s the first letter he has ever written is the fact he came up with the wording all by himself.  I just helped him with spelling.  So adorable.  This was one memory I’ll always cherish. 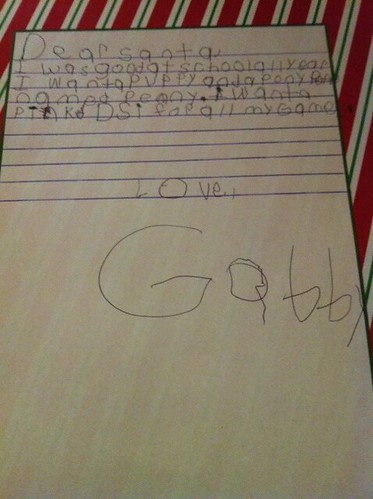 Says: Dear Santa, I was good at school all year. I want a puppy and a pony named penny. I want a pink DSi for all my games. Love, Gabby

I’m so proud of Gabby.  She has came a long way since her Hemispherectomy surgery.  She was actually able to spell most of the words in her letter without my help.  That’s a huge accomplishment considering she had to learn to read again and even relearn some of her letters after surgery.  She really enjoyed writing this letter to Santa and I enjoyed every minute spent as a family. 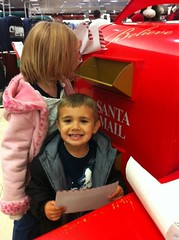 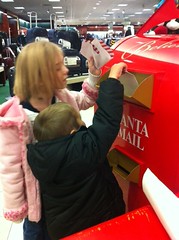 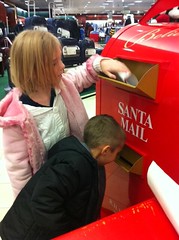 Did you children write letters to Santa this year? There’s still time left to drop them off at Macy’s to help benefit Make-a-Wish.  Who did you bless this week? Tell me how you are giving back during this Holiday season.

Feeling extra lucky for this wonderful family of m