I love to travel.  Noah loves to travel just as much as me and T follows the desire pretty close.  Gabby on the other hand, I’m not sure she cares one way or the other.  Lately Noah has been asking me when we are going on another trip.  Actually he asks year round but it’s been almost daily for the past month or so that he’s discussed riding on another big plane, going on another big boat or staying in a hotel far away.

I was riding home from picking up Noah from school the other day and he said ‘momma, when is Christmas‘, where I then said next month which of course lead to me explaining when next month is and how long that is from now.  After explaining it wasn’t very long he squealed with joy and said ‘yes! It’s almost Christmas, winter and snowing‘.  Now remember, we live in Texas.  The year before last was a very rare occasion where we actually had a white Christmas.  I truly don’t remember ever having another white Christmas here in Texas all my life.  But some how Noah had confused Christmas, winter and snow all going hand in hand.  Maybe it has to do with him being in Kindergarten this year and learning about cold weather being associated with winter.  Not sure.

Unfortunately I had to break the news to Noah that when Christmas comes there’s a chance we won’t get snow.  That even when it’s cold outside it doesn’t always mean we’ll be playing with white snow on the ground.  That’s when he looks at me without having even a second thought and says ‘that’s okay mom, we can go visit winter like last time and play on the snow hills‘.  I had to laugh because I knew exactly what he was referring to, our family getaway to Ruidoso, New Mexico.  How was I supposed to follow that?  I asked him ‘but Noah I thought you wanted to go on a cruise and visit the beach, which would you rather do?‘  Noah’s response: both.  Yeah I’d like to do both also, let’s add Paris to that list and Costa Rica while we’re at it.

That evening and almost every day since I’ve watched travel deals, browsed vacation destination sites and drooled over places like Park’s Edge Park City in Utah.  I asked all the kids if they’d rather visit the mountains with snow or go on another Disney cruise.  I do love the mountains and if I’m going to visit a destination with snow I’d rather go somewhere that I’ve never been, such as Park City, Utah and mark a new state off my Life List.

Disney Cruise Lines is offering kids sail free on some of their cruises and the pricing was tempting to even go on December 15th instead of wait until the new year.  Of course the ship I want to take the kids on is fairly new, Disney Dream, so isn’t offering the kids sail free discount.  I’d love to take them on another cruise this coming year and still plan to make that happen if possible.  It’s not only relaxing but the kids have a blast with Disney characters around every corner and fabulous shows each night!  I think Noah was mostly looking forward to playing on the beach again. 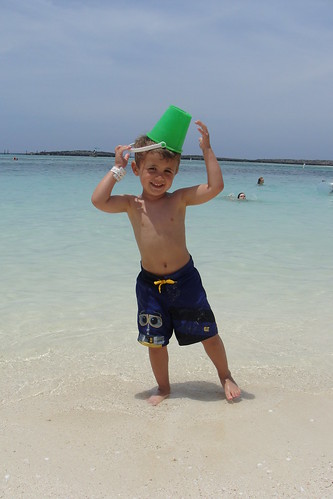 When do you start planning your family vacation for the next year?  Do you already know where you are going?