Last Thursday I was given the opportunity to take part in the Team Escalade Texas event with the Metroplex Cadillac Dealers.  The event supports 6 charities competing to win an $150,000 advertising fund from Cadillac. 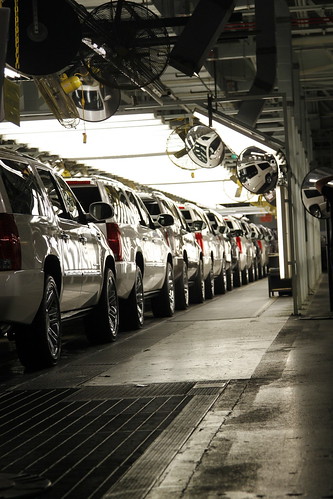 The initiative kicked off with the very first 2012 Cadillac Escalades driving out of the GM Plant in Arlington, TX carrying celebrities, bloggers and charity spokespersons.  There were separate Escalades to represent each charity.

I felt honored to be in the 5th Escalade joining the Team Champions in support of the Special Olympics Texas team.  Our team celebrity driving us was Carly Patterson.  Riding with our team was a humbling experience.  The whole event was amazing and being able to have conversations with people who share the same passions as charity involvement was truly inspiring.

Before we loaded into the Cadillac Escalades they announced each member of all 6 charity teams.  Team Champions is the only all female team which means we feel the extra pull to dominate the voting process. There’s something about that whole Girl Power… 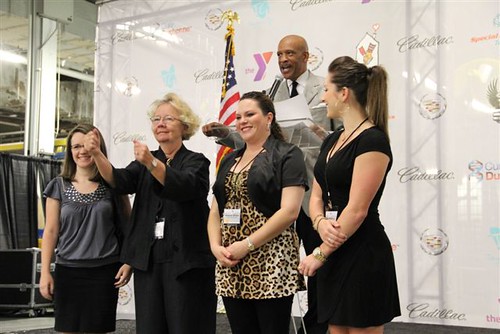 I was surrounded by smart, beautiful and amazing women.  It truly was a honor to be part of this team.

We had police escort from the GM Plant to Discovery Gardens where the Press event took place. 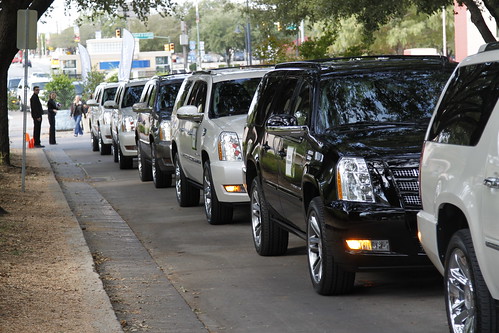 Each charity was introduced along with their supporters during the Press event and I was given the chance to meet many more fabulous people.

It was great to see several other bloggers at the event.  They were each supporting one of the 6 charities. 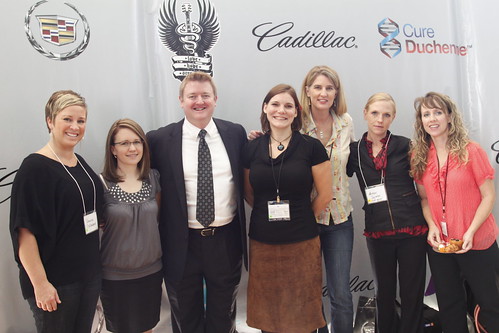 I can’t wait to share more news about the voting process and the local events taking place around this initiative in the near future.  I hope you’ll join my team, Team Champions, by helping the Special Olympics of Texas win $150,000 advertising fund by voting for them on the Metroplex Cadillac Dealers Facebook Page.  The charity team that receives the most votes by the end of October will win.  As of today, Special Olympics is in third place and I know with your help we can move up to first!

Full Disclosure: MommaDJane.com is a supporter of the Special Olympics of Texas by choice.  Compensation from Metroplex Cadillac Dealers is provided for promotion of their contest.