Reach out for a quote on a custom design or personalized gift!
Home | Parenting | Gabby Updates | Gab’s Toothache Continues
This post may contain affiliate links. Read my full disclosure and privacy policy here. 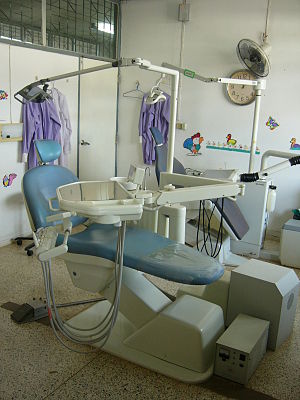 So I know I have written about this twice now but since so many wonderful people have commented and sent us well wishes I wanted to keep everyone updated.

The ER visit last night was long. We arrived there at 5:00 PM and by the time both antibiotics were given via IV, pain meds were administered and the Tylenol broke her fever it was 1 AM. Once we got home, got something for her to eat (she was starving although she hardly ate much) it was 2 AM before we were climbing in bed.  The ER doctor had spoken with Gab’s pediatrician and she informed us she was going to find a dentist to see us and hopefully extract the tooth the next day.

Today I received the phone call from her pediatrician’s office around 8:45 AM asking me some questions about all the dentists I had called and by 9:30 AM they had found one to see Gab who said they could do sedation in the office and extract the tooth today.  I was excited because all I wanted was for her to have some relief.  They instructed me to get there right away so they could work us in.  Since she was still in bed, I literally rolled her out and loaded her up.  The poor thing was so swollen this morning she couldn’t open her eye and her lip was sticking out as if it was busted.

So after waiting at this dental office a while they did their exam.  When filling out the office paperwork I instructed them that Gab could not have Versed which is a drug sometimes used to sedate children.  It literally changes who Gab is and does not help at all.  She has a horrible reaction to this medication, makes her a complete emotional wreck.  I also listed her disabilities which alarmed the nurse.  She called the Neurologist’s office and asked them what medications Gab was allowed to take in their office.  Unfortunately the alternative to Versed in their office is a medication that causes seizures in children who have Epilepsy and was a complete no go from her Neurologist.  So after they did her exam, made her go through more xrays which were very painful they couldn’t help us, today.

The dentist said he would have to fully sedate her, meaning in the OR.  Scheduling something to take place in the OR of Cook Children’s hospital isn’t an easy task and although the dentist pushed her ahead of all other patients calling her ‘urgent care’ the earliest was Monday morning.  We left the dentist office and went straight to see her pediatrician at 1:30 PM for a full physical in order to get the paperwork done for surgery.  Her pre-op is scheduled for Friday afternoon and her surgery is scheduled for Monday morning at 8 AM.  The pediatrician also gave her another antibiotic that we are to start tomorrow.  So right now I am instructed to keep her medicated with two antibiotics, pain meds and Tylenol to prevent fever which could cause seizures.  She won’t be going to school for the rest of the week either.  This is so sad but right now she is sleeping well and doesn’t seem to be in pain as long as she takes her medication.  I hate knowing that basically I have to keep my child doped up for a week.  Just horrible.

The swelling did get a little better throughout the day but always seems to puff back up after she lays down.  Please continue to send well wishes this way and I’ll let everyone know how the surgery goes on Monday.  I will be so happy for her to get some relief and have this over.

Thanks again for all the support out there, we are lucky to have wonderful friends.