Reach out for a quote on a custom design or personalized gift!
Home | Travel | Local to DFW | Flower Mound Pumpkin Patch with Hay Ride
This post may contain affiliate links. Read my full disclosure and privacy policy here.

A couple of weeks ago I was searching online for a local Pumpkin Patch with a Hay Ride.  We attended the small Pumpkin Patch at our local Calloway’s for their Fall one day event with free pumpkin decorating and had a lot of fun.  The kids of course loved gluing, painting and coloring their pumpkins then continued the fun in the bounce house, but I knew something was missing.  I realized my two youngest had never been on a hay ride and T was very little when we last went on one! 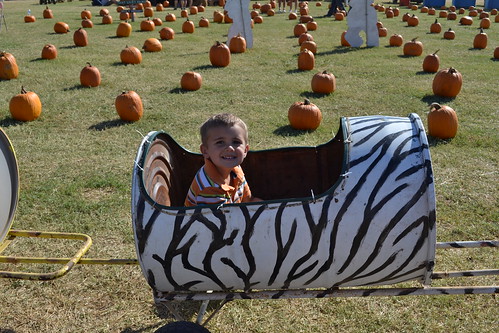 I started searching and tweeting to find a larger pumpkin patch near us in the DFW area.  Lea Ann shared a local resource with me where I was able to find the listing for the Pumpkin Village in Flower Mound.  They offer free hay rides and lots of kiddie rides, I was sold. 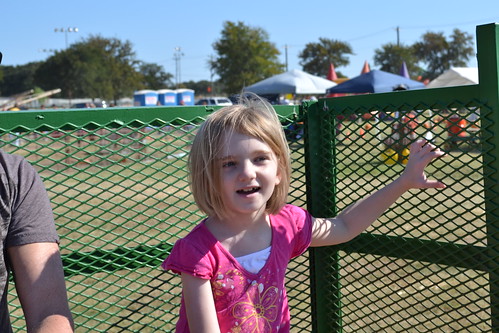 I have to admit the crowd next door at the Pumpkin Patch was slightly larger and they seemed to have a larger setup so we headed over once we had finished at the Pumpkin Village.  We were very pleased.  They had every wooden cut-out character you could think of for photo-taking.  Disney, Nickelodeon and more!  They also offered free hay rides. 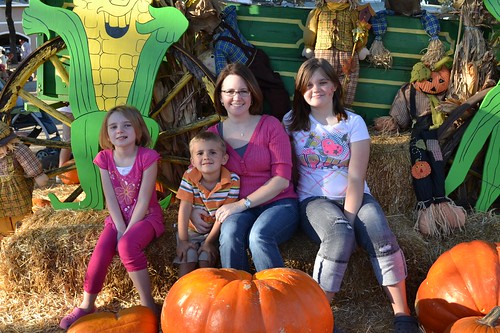 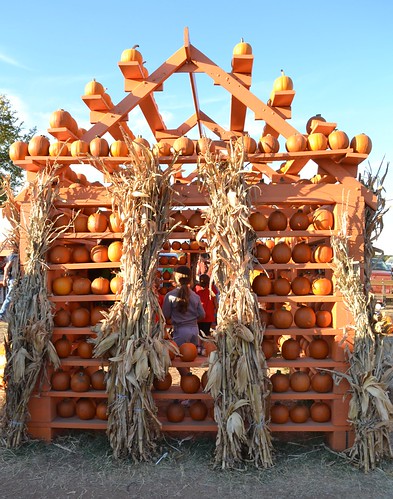 The photo opportunities at the Flower Mound Pumpkin Patch were amazing.  Their setup was very nice with a wide variety.  Although there was a lot of people visiting it never felt too crowded because there was so much room.  They did not offer all the kid rides like the Pumpkin Village but they did have a nice hay stack to climb and several other play areas including a play jail that was fun.

I loved the house made out of pumpkins.  It reminded me of the Lincoln Logs that kids love to build houses with except there were pumpkins between each row.  So cute!  You could actually walk inside it. 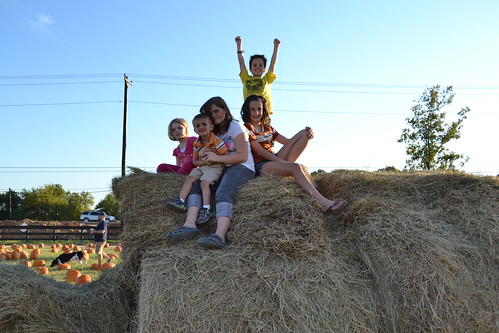 The differences I noticed between Flower Mound’s Pumpkin Patch and Pumpkin Village. 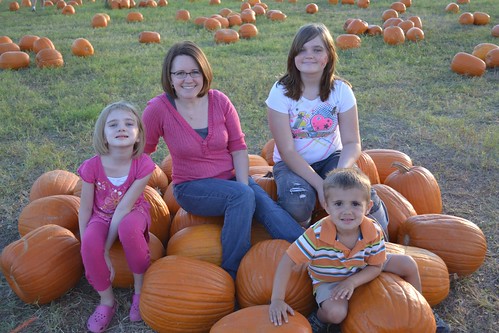 Have you visited your local pumpkin patch this year?  Does your family have any Fall traditions?