Reach out for a quote on a custom design or personalized gift!
Home | Parenting | family | A Chevy Mother’s Day
This post may contain affiliate links. Read my full disclosure and privacy policy here. 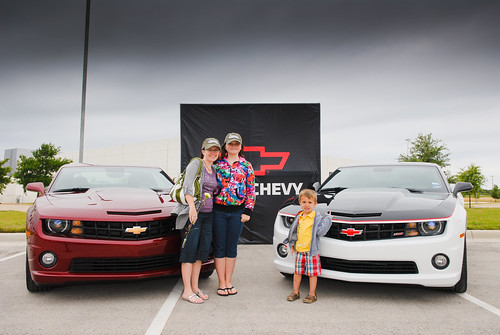 This Mother’s Day I was given several memories that I’ll cherish forever, thanks to Chevy Texas.  The weekend didn’t start off that well with Gabby going into the hospital yet again and honestly I didn’t plan to do anything for Mother’s Day once I realized she was going to be in the hospital still.  Chevy Texas had invited my family and I out for a tailgate party at the Texas Rangers Ballpark to celebrate Mother’s Day Rangers style.  Tapanga and Noah were really looking forward to the whole event so I decided to force myself out for just a few hours to enjoy some mommy time with them and I’m glad I did.

The tailgate party started with the children being able to pick out a flower for me.  There was lots of entertainment from Noah driving a remote control Camaro, having our photo taken in front of the new Camaros, playing bean bag toss, T being interviewed on video sharing her favorite things about mom and hot dogs, cracker jacks and chips being served.  Some kids were even playing Wii from the back of an Equinox and creating cards for their Mothers at a table setup.  I was able to see some of the other bloggers there and even meet my friend Amy‘s kids. 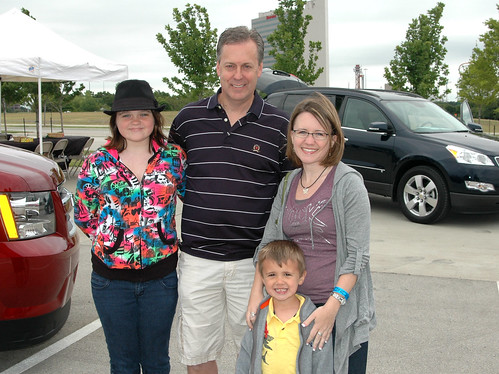 My great friend, Alan went with us and I think I speak for all of us when I say we had a wonderful time.  Once it was time to see the Rangers play, the Chevy Texas crew gave us rides from the tailgate party parking lot over to the stadium in several of the Chevy vehicles.  We rode in the Tahoe, one of my favorites!

Thanks to Chevy we were able to get in to watch the game and were also given vouchers that we could spend in the ballpark.  Noah got a foam finger of course and T got a Rangers shirt.  This was Noah’s very first Texas Rangers baseball game to attend.  He loved it!  He always enjoys playing baseball at home so watching the pros play live was exciting for him.  He was also enjoying cracking all the peanuts and making me eat them.  Unfortunately we couldn’t stay for the whole game since we wanted to get back to the hospital.  But the one hour we saw was memories made for a lifetime.

Thank you, Chevy Texas for a wonderful Mother’s Day gift.  Involving the whole family at the event was a hit and spending time seeing all the cars while having fun was great!

To see all of our photos from Mother’s Day view my Flickr set.

Full Disclosure: We received complementary tickets to the Texas Rangers Baseball game and Arlington Ballpark vouchers for attending the Chevy Texas tailgate party.  This event was sponsored by Texas Chevy, however all opinions in this blog post are 100% mine.