Reach out for a quote on a custom design or personalized gift!
Home | Parenting | family | Boy Potty Training 101
This post may contain affiliate links. Read my full disclosure and privacy policy here. 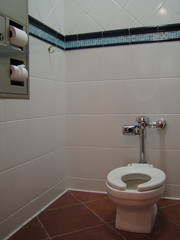 I always wanted a boy.  From my first pregnancy all the way until I finally had my son as my third born.  Of course when I thought of having children I never visualized being a single parent.  Which leads to the part of me never thinking about potty training a boy.  When I became pregnant with Noah and started facing all the fears of raising him alone, potty training him was the biggest one I had.  I remember thinking ‘I’m not a boy, how do I teach him to pee?’ and ‘I can’t imagine trying to explain to him he doesn’t use toilet paper afterward, instead he shakes!’.  These thoughts weren’t only embarrassing to me but just awkward to even think about.

So now the time has come where Noah has been potty training.  I say I raise him alone which really isn’t a fair statement.  I may raise him alone in my home as a single parent but I do share custody with his father.  So the whole potty training hasn’t been all on me.  However I have been just sitting him on the toilet to do his business instead of even trying to battle the whole standing position since I can not just call his father into the bathroom.  Days like today remind me that I don’t have a clue as to what I’m doing.

So today we head into the bathroom like usual and as I’m ready to help him up onto our toilet he says he wants to stand.  I’m sure he has seen his father and grandpa stand and pretty much had the general idea so I agreed.  Not that he was giving me much choice. The toilets in our house are a little higher than average I think and after he raised the seat he stood on his tip toes trying to reach.  I’m standing behind him of course trying to supervise without interfering.  As I’m helping him raise up higher to make sure he doesn’t pee in my floor I’m saying over and over to him ‘aim it, hold onto it, point it, Noah make it in the toilet’ and hoping he understands my directions.  During all this he keeps leaning more against the toilet and trying to make sure he reaches and I believe he may have smashed himself a little.  After he finishes he says ‘momma it hurts’ while pointing.  I was asking him what was wrong but considering my three year old probably just experience his first injury to his manhood he had no idea what was wrong.  There I stood clueless.  I asked him if he needed to sit on the potty to relax because he sure didn’t look comfortable standing there.  He agrees and as he sits on the toilet he is grabbing and pulling in every which way trying to find the boo-boo I guess.  I felt horrible for him since he just kept telling me how it hurt.  He then looks at me and says he needs water….  So I assumed he wanted something to drink, heck at this point I was open for suggestions.  As I hand him his cup to drink he pours it over his private into the toilet.  I about died.  I couldn’t help but crack up laughing.  I looked at him and said ‘I thought you were thirsty, wasn’t that cold?!’ and he of course giggled along with me saying yes.  He really thought he could just wash it off and make it stop hurting I suppose.

The giggling was very temporary since the pain didn’t stop immediately but as I carried him to go lay down he was better within minutes and running around like a wild child again.  So although I literally was going with this learning experience right along with my son today, I got a few giggles out of it.

How cute is this animated logo?! I had another Ets

These vintage-style farmhouse wooden spoons are on

Are you getting ready for Easter? These wooden Tic

The honey bee tiered tray set has been such a hit.

We needed more family photos in the house so I ord

Luna sure does miss playing in the snow. She loved