Reach out for a quote on a custom design or personalized gift!
Home | Parenting | Gabby Updates | Anticipation
This post may contain affiliate links. Read my full disclosure and privacy policy here.

Have you ever received bad news that you wanted to blog about yet putting the words in writing for some reason made it seem more real than you would like? I know it may seem silly but for a little over a week now I have been really struggling with this. Many of you, especially my followers are twitter, knew Gab went in for her big test on the 11th of December and have been waiting for me to post the results. I have briefly posted tweets about what happened and even took the time to upload the video from that day and put together a vlog… just not post it. I have such a hard time putting myself out there, so to say. Writing my feelings on such a sensitive subject makes me feel somewhat vulnerable and I DON’T champix v zyban like to feel vulnerable 😉 To better explain myself, I guess I am one of those people who would rather hold it in than feel as if I am throwing a self pity party, no matter what the circumstance is. I am sure this is all my own perspective on the situation and probably the real truth behind my subconscious is that I just don’t want to type out the results or talk about it with many people b/c DANG IT, I DON’T WANT TO BELIEVE IT! Putting it all out there is allowing myself to admit it is real. I remember last year when Gab went into the hospital to have brain surgery I created an awesome site for her. I sent it out to everyone who was in contact with us including family, friends, co-workers and they each sent it on to someone else. There were so many people commenting and reading her story it was great. We received plenty of comments sending along prayers and people saying they were touched by reading Gab’s progress and seeing all the photos I would post. Shortly after she started having problems in the hospital I quit updating. I was going through so much that writing about it at that time was not something I could do. It was depressing enough to watch my daughter go through all of it but to put it into words was even more difficult. I look back now and wish I would have continued with her site. Many people throughout the past year have asked how things went and what happened. Family and friends miss seeing all the photos… So now even though it has been over a week, I am determined to pull my head out of the sand, try to fight the depression, have a little faith and publish this post!

I also won an awesome FLIP video camera from Katja , in one of her blog giveaways, to whom I owe a vlog post. So here you go with my very first vlog!

For those of you with a million questions… I know the video was vague for someone who hasn’t known us for a year or doesn’t know the whole story behind Gab’s surgery. I will do my best to sum it up. Gab had a stroke during utero and therefore was born with Cerebral Palsy. At nine months old she started having seizures. With the help of steroid shots, seizure medication and lots of therapy we had been able to keep her healthy and active until she was about 4. Her seizures at this point became monthly, weekly and then daily. Since she had brain damage caused by the stroke her epilepsy was only going to get worse. The Neurosurgeon informed me we had to do surgery to remove the abnormal brain tissue in order to stop the seizures, the convulsions were lasting 20 minutes each time and she could no longer even go to school. The surgeon believed if we did not remove the left side of the brain (which was the damaged part) then eventually her right side (good side) would suffer stress and start having seizures as well. Once he approached me about surgery it was scheduled within two weeks. Since we did not know if she would walk or talk after surgery the Make-a-Wish foundation sent us to Disney World for the first week before surgery. She was a little over 5 1/2 years old when she had the first brain surgery. The whole process did not go as the doctor wished and she developed infections in the blood stream which kept us in the hospital for over four months straight. The end result was the removal of the left side of her brain. We were not able to have an EEG to see the results of surgery until December 11th of this year, one year after her final surgery. They had to allow the brain a year to heal to show an accurate EEG test without the stress in the brain waves from surgery. She has continued seizure medication everyday since surgery. During this recent test we hoped for the best results, a completely clear EEG so we could stop meds. Unfortunately what the doctor was trying to avoid from happening, happened. The seizure activity has now moved to the right side of the brain. There is nothing left for the doctors to do except continue her on medication. Since she is now only 6 years old and already tried many medications we can only hope for the best. She only has half a brain left and really can’t afford for the seizures to cause much more damage. Within the past month I have seen at least two episodes of seizure activity which really scares me. This test meant a lot to us and the end results were supposed to make us feel like everything we have been through was worth it. It was supposed to be a sign that things were getting better and hopefully one day soon I could work outside of the home again and stop all the crazy appointments that we have weekly. Apparently that is not in the cards for me at this time. I am trying to keep up my spirits and hope that my working from home will perk up to become more successful soon. Did you hear about Tom Cruise’s daughter Suri and her Ladybug Shoes on Oprah? Well reading the post on Katja’s blog has really given me hope that something BIG can happen to a work from home mother who blogs. 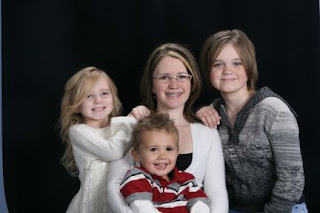