Last month I took T and my niece to see the Miranda Cosgrove concert.  T was given tickets for Christmas.  The opening act was scheduled to be Greyson Chance but he ended up having a benefit to perform at on the same night.  I was somewhat disappointed to not see him since I had been following his story since he was posting videos on You Tube before his first Ellen appearance. 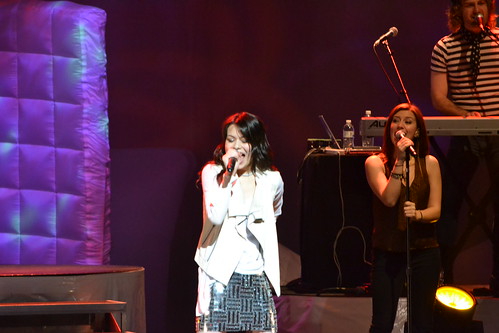 Shane Harper from the Disney show, Good Luck Charlie opened for Miranda.  I was more than impressed by him.  I love acoustic music and he played his guitar during every song.  His voice was one I’d never complain hearing sing.  T and I have already downloaded his songs from iTunes and my niece was pretty excited to see him live as well.  The girls sure weren’t complaining any about missing Greyson Chance with this backup. 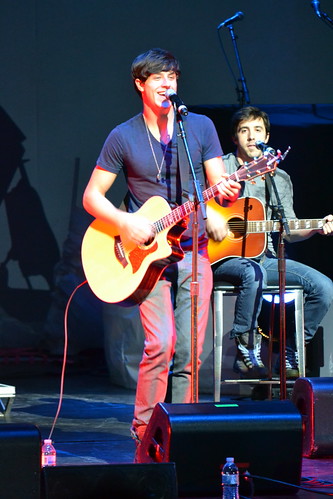 Dancing Crazy is Miranda Cosgrove’s first tour.  We were given the chance to see her very first concert performance last year when she took part in the Afterschool Rocks campaign.  She only sung 6 songs at that time so it was a nice treat to attend her full concert tour now.  She did an amazing job on her performance, working the stage, singing and dancing.  Her backup dancers were great also and her backup singer had a beautiful voice.  Her band looked proud and excited to be performing right along with her and from the looks of it Miranda loves performing with them. 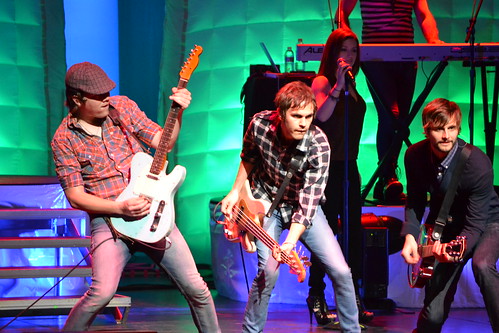 Miranda changed clothes 3 times and was very speedy about it.  She looked great each time she came out.  Her teen fashion really shines through every time we see her.  She truly rocked the show and all the audience was singing along.  Her dancers were even able to get the audience to do the wave, which I thought was hilarious.  The interaction they were able to provide with the audience was impressive and the response they received showed the true love the fans had for all of them. 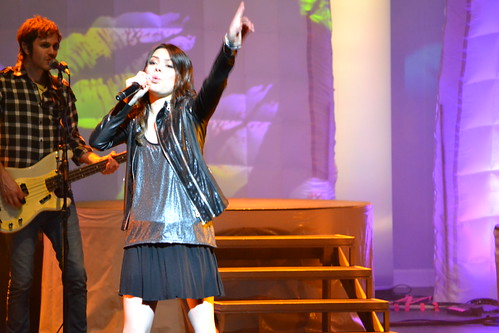 Not only did Miranda Cosgrove perform her own songs from her album as well as the theme song from iCarly but she also put together a medley of her top 5 favorite songs to cover.  This part of the concert not only caught me by surprise but I was completely blown away at what a fantastic job she did singing each of those songs.  It’s not easy for an artist to cover another artist’s songs and make the fans still love it.  She sounded great in every song she sang!

She topped the night off by bringing up several of her fans on stage and sang along with them while dancing.  The kids were beyond excited and literally looked like they were experiencing a little slice of heaven.  Those are memories they will cherish for a lifetime to say the least. 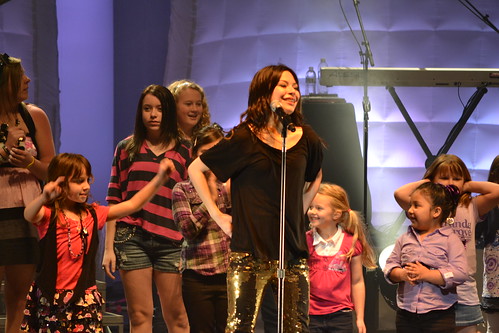 We had a blast at the concert and can’t wait to see Miranda perform again in the future!  We’ll also be keeping our eyes out for Shane Harper to do his own tour one day.

This post was part of Project We for the theme of music this week.  T also shares her views on the Miranda Cosgrove Dancing Crazy Tour in her blog post.